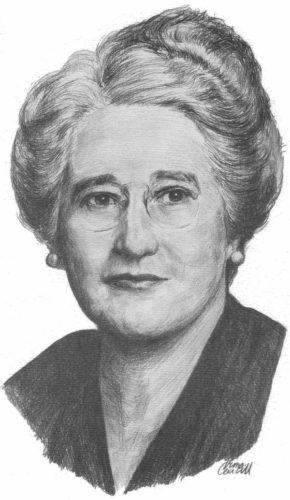 Agnes Campbell Macphail (1890 – 1954) was the first woman elected to the House of Commons (1921) and the first seated in the Ontario Legislature (1943). During her years in office, Agnes Macphail focused on issues of equality rights and social justice.

Each nominee must be a resident of the former Borough of East York and an outstanding volunteer leader in community life in areas including, but not limited to: women’s rights, fairness to seniors, criminal justice and penal reform, international peace and disarmament and to adequate housing, health care and education. Nomination forms are available in public buildings in East York. The deadline for nominations is midnight, Thursday, February 7, 2019 to Councillor Paula Fletcher, , 416 392 4060.

Contributions to the award can be made through The East York Foundation, c/o G. Piercey, 50 Merritt Road, East York M4B 3K6. Donations go directly to a registered charity of the recipient’s choice. Charitable receipts are issued.

The Award will be presented on the anniversary of Agnes Macphail’s birth, March 24, 2019 at a public ceremony at the East York Civic Centre, starting at 2:00 p.m.

Nomination forms are available in public buildings in East York, at branches of the Toronto Public Library in East York or at www.toronto.ca/macphail_award.

Long-time social justice leader (and one-time Leaside Life columnist) Karen Fraser has been named the 2019 recipient of the prestigious Agnes Macphail Award, which will be given at a ceremony on Sunday, March 24, 2019. …more

Leaside activist and realtor Patrick Rocca is the 2016 recipient of the Agnes Macphail Award. He has been involved for more than five years with New Circles’ Prom Drive and with donating university scholarships to …more