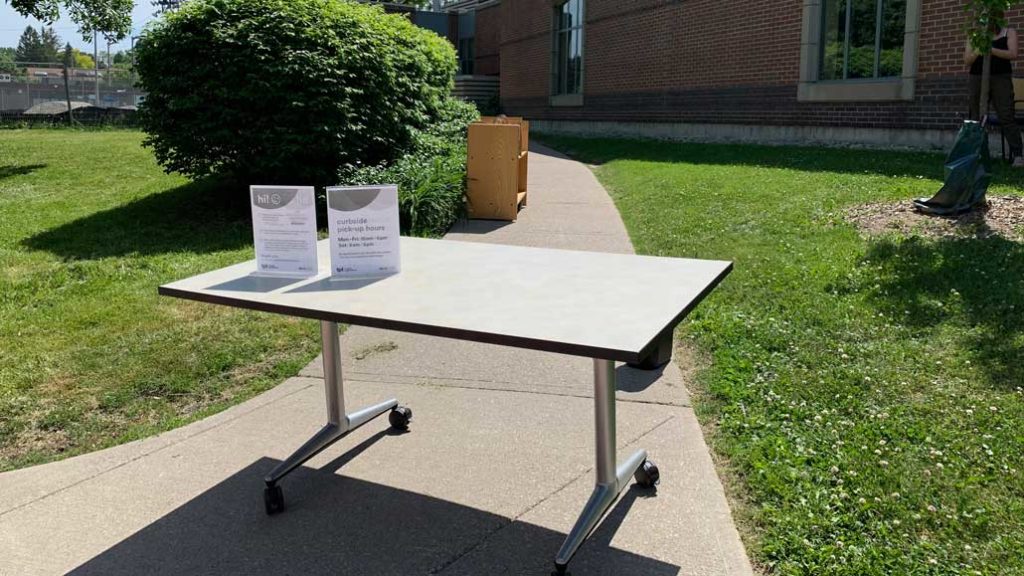 What is the most important asset in Leaside? Silly question…it’s the people that make up our community, of course! But, what if I were asking you to choose from Leaside’s set of physical public assets? The community centre in Trace Manes Park, Leaside Gardens, our great schools, our parks…? If you’re like many, you might be tempted to choose the 75-year old Toronto Public Library (TPL) branch on McRae. Back in 1944, the Leaside Public Library Board was incorporated after the people of Leaside voted overwhelmingly to establish a public library. In 1948, the Leaside Town Council approved plans for a new library in a section of Trace Manes Park that opened on March 8, 1950.

Why is the TPL on my mind? Because I’m eagerly awaiting the release of TPL’s new five-year strategic plan (2020-2024). I know, boring life you say, but somebody needs to ask some questions now and again. In 2014, when the current strategic plan was conceived, the world we know today was just emerging. After five years, I’m curious to understand TPL’s vision and plan to deliver increased value to its many stakeholders. Why?

To start, the Federation of Ontario Public Libraries (FOPL) research task force commissioned a study in 2015 and found “77% of Ontarians felt that, hypothetically, a local library closing would have more impact on the community than on themselves and their families.” That is to say, they acknowledge the library is important to many, but not necessarily to themselves specifically. This is interesting because it shows that the TPL’s current purpose and set of services may not be meeting the needs of families living in Leaside (the publicly available data do not parse out results by branch). Further, the study found that 31% of all people surveyed had not used the public library in the past year (although most confirmed they had used it in the past). Fifty per cent said the reason for non-use was that they get information elsewhere.

My concern from a Leaside perspective is that the statistical averages of the sample may not be a true reflection of how we think and feel about our branch and the opportunities and challenges it might uniquely face. I wondered how many of us shared a similar opinion. The 2015 study also found, when compared to the previous five-year period, that overall, “in-person library visitors are engaging in fewer activities.” There were declines in usage for each of the top four cited reasons for personally using the library (in order of importance): “borrow books, CDs, DVDs or other materials” (down 6%), “get information on a topic of personal interest” (down 20%), “read or study” (down 17%), “access the Internet using library computers” (down 15%), and to “relax or socialize” (down 26%).

The Toronto Public Library generates $5.63 in benefits for every $1 invested

I look forward to reviewing the data from the 2020 study to see if these trends accelerate. But even now, we can begin to formulate a Leaside position. Without a doubt, libraries are important. If you take an economic view, according to a 2013 report by the Martin Prosperity Institute at UofT, the TPL generates $5.63 in direct tangible benefits for every $1 invested. That represents a 463% return on our investment. Just how much do we invest, you may be wondering? City Council documents confirm that the TPL’s 2020 operating budget is $215 million spread across 100 branches. As expected, salaries and wages represent the largest line item at 73% with facilities & IT (15%) and library materials (10%) next. Using these data and performing a few back-of-the-napkin calculations, one could argue that Leaside’s branch has a $2 million budget and generates $10 million in tangible value.

The bottom line is this: the TPL is in the process of unveiling its 2020-2024 strategic plan. In advance, more than 5,000 Toronto residents and partners participated in the consultation process to share ideas about what TPL can do to support them and their communities now and into the future. Seven “areas of challenge and opportunity to explore” were identified:

What unique value can the library add in these seven focus areas?

1. Decline in affordability and increase in the cost of living in Toronto

5. Rapid pace of technological change and the related disruption

6. Responsive programming that better addresses the changing needs of Torontonians

Do you use the public library, and for what? What do you wish gets included in the forthcoming TPL 2020-2024 strategic plan? If you were to reimagine the library, what do you see as its role in Leaside’s future? Let us know at.

Stay tuned for Part 2 in our August issue.

About Glenn Asano 48 Articles
Leasider Glenn Asano is a partner and principal consultant for the strategy and business development practice at Centred Performance. He is also an Instructor with the Ted Rogers School of Management at Ryerson University.