Recall this column in July which bemoaned the unfair treatment of neighbours and the Leaside Property Owners’ Association at the hands of an Ontario Municipal Board chair. The case of 28 Rumsey Rd. involved an appeal of the demolition and replacement of a traditional Leaside detached home on a street with a virtually unaltered streetscape.

I am delighted that our recent experience in the case of 73 Donegall Dr. was  different. The chair was attentive, bright, efficient and polite to all. But best of all was his decision!

He rejected the appeal of the Committee of Adjustment decision to turn down the minor variance application and he cited the garage-dominated house design as not fitting into the character of Leaside. In doing so he preferred the evidence of the neighbours and the LPOA about neighbourhood character (and the impact on the neighbour’s use of a mutual driveway) rather than that of the expert planning witness for the applicant.  While not quite restoring my faith in the OMB it at least satisfied me that there is some justice to be found there. You can read the decision at the OMB web site .

Eglinton Connects is the city’s long term vision for Eglinton “to become Toronto’s central east-west avenue, a green, beautiful linear space that supports residential living, employment, retail and public uses in a setting of community vibrancy,” and is driven by the coming of the Eglinton Crosstown LRT.

Building: opportunities for mid-rise intensification and development along the corridor and especially in six focus areas.

Greening: including developing a trackway with groundcover and growing great trees.

Reallocation of the right of way along the lines of the “complete streets” model for accommodating all users, pedestrians, cyclists and motor vehicles.

We wrote in November last year that “Density will be increased but not in a wholesale way. From east of Bayview to Laird and north of Eglinton east of Laird, the latest plans now suggest that the zoning may be adjusted, to permit some development.  The block from Laird to Brentcliffe south of Eglinton to Vanderhoof is an area of focus.”

We got this partly right. This summer (while you were away!) the city approved changes to the official plan to permit townhouses west of Hanna south of Eglinton, and immediate rezoning to permit as-of-right mid-rise development from Sutherland to Laird (both sides). The LPOA opposed outright the townhouse “creep” and recommended more consultation regarding the Sutherland to Laird re-zoning.

Meanwhile the focus areas are the subject of further study, and we will hear more about the Laird to Brentcliffe project in the fall.

At present both sides of Eglinton from Bayview to Sutherland consist of an intact stretch of two-storey single family houses that is integrated seamlessly into the Leaside built form. The LPOA opposed the proposal to provide for townhouses in the block on the south side of Eglinton, west of Hanna Rd. for the following reasons:

Council approved the Official Plan policy changes for west of Hanna at its meeting in July. The LPOA has filed an OMB appeal.

The other proposal is for rezoning the stretch of Eglinton between Sutherland  and Laird to permit mid-rise development with allowable buildings of approximately seven storeys on the north side, and eight storeys on the south side.

The LPOA is concerned that depending on the detail of angular planes and the like, the project may have negative impacts on the single detached houses fronting on Donlea Dr. north of Eglinton and on Vanderhoof south of Eglinton. On this one our caution was heard and Councillor Parker moved a motion at committee to have additional consultation in our area. Presumably this will have been approved at the August city council meeting, the last before the municipal election.

Recall that over a year ago we reported that an application had been made to convert the Garden Court Apartments, 1477 Bayview, to a condominium. This property is widely recognized as an excellent example of garden city planning and quality rental housing in Toronto. It represents an important, indeed likely a unique resource, from both heritage and housing mix perspectives.

The LPOA expressed several concerns about the application, such as the loss of affordable rental housing, the destabilization of the rental residential community, and the potential threat to the heritage status.

The staff report, which came forward (on the agenda of the North York Community Council for its August meeting) recommends rejection of the various related applications for condominium approval, basically for similar reasons. In a nutshell, the application lacks any apparent public benefits.

The townhouse development proposal for the north east corner of McRae and Sutherland brought a large number of Leasiders out to the Willam Lea Room on a cold January night.

The sense of that meeting was that the proposed development for 220 McRae and 327-329 Sutherland was too high, and the eight-unit block looked more like a four-storey apartment building, not the three-storey townhouses as described. And with only one parking space per town house, plus one visitor space for all eight units, parking was a concern for  neighbours.

The two semi-detached houses proposed next door for Sutherland were massive and did not fit the building setback or the roof line of existing homes on Sutherland. The LPOA in its comments recommended that the city demand that the proposed development be substantially redesigned and downsized, and be brought into conformity with the character of the area within city planning guidelines.

The project came back to North York Community Council at its August meeting with an “approve” recommendation from staff. But has anything changed?

The current application has made minimal changes. There is one single detached house instead of two semi-detached houses, and overall density has been reduced slightly. But the key concerns of the height, massing and transition from the neighbourhood have not been addressed.

The LPOA in its letter to the North York Community Council requested that they recommend to city council that the zoning by-law amendment be refused.  However, the staff report is supporting the development.

The question therefore is – who is looking after Leaside’s interests? Is every corner lot to be developed as townhouses? Should we accede to this or fight?  What do you think?

In May, the last time we talked about the Elgie farmhouse in this column, the story was about how the developer had applied for a demolition permit and many folks, including several members of the Elgie family, came out to North York Community Council to oppose this.

Fast forward to July and we are sitting at the OMB with a mediator, not battling with planning experts before an adjudicator. How did that happen?

Well, city council refused the demolition permit and the developer appealed to the OMB.  No surprise there, but what happened at the OMB?

Instead of a three-day adversarial hearing there was a two-day mediation. Suffice it to say the mediation reached a tentative settlement, but the results are confidential until an agreement is signed.

Hopefully more details can be given for the October edition of Leaside Life. I am dying to tell you!

The big old tree is safe As Leasiders we value our trees, street trees (front yard) and back yard trees, city trees and private trees. But when anyone wants to remove a tree to extend a deck or demolish and reconstruct a house, the property owner can generally get a permit from the city without difficulty.

There may be a complication in the case of a tree that appears to straddle the property line with a neighbour. A well-known recent case that went to the Supreme Court established that where a tree is shared, i.e. the trunk straddles both properties, the approval of both owners is required to remove it. However, this does not appear to have found its way into the city’s policies, at least not yet.

The owner of a property on Rumsey Rd. submitted an application to remove a magnificent silver maple tree, a back lot tree but highly visible from the street, which was required to construct a basement walkout as part of a reconstruction project. The city’s Urban Forestry department reviewed this application, based on their criteria, which include “needed for development,” and decided that the tree qualified for removal.

At this point there is nothing that can be done legally . The city can issue the permit and the property owner can call the arborist to remove the tree. However, on Rumsey the concerned neighbour spoke to the owner of the tree and eventually the owner agreed to change plans so the removal was no longer required.

In this case the tree was spared and the neighbourhood will continue to benefit from its shade, its annual gift of colour, and the year-round visual beauty of its form.

But maybe our trees need more protection than an owner who agrees to change plans?

About Geoff Kettel 162 Articles
Geoff Kettel is a community connector and advocate for “making places better”. He is currently Co-President of the Leaside Residents Association, Co-Chair of the Federation of North Toronto Residents‘ Associations (FoNTRA), member of the Toronto Preservation Board and Past Chair of the North York Community Preservation Panel. He writes a monthly column on heritage and planning in Leaside Life.

Airdrie: ‘Forgive us’ case turned down

We won! Actually, Leaside won. The OMB member in his decision dated Jan. 26 about 151 Airdrie decided “that the appeal is dismissed and the variances are not authorized”. This is a satisfactory conclusion for …more

Alan Redway ended his column in last month’s Leaside Life by asking “with more and more residential and commercial development on its doorstep, how long will it be before Parkhurst and our other industries move …more 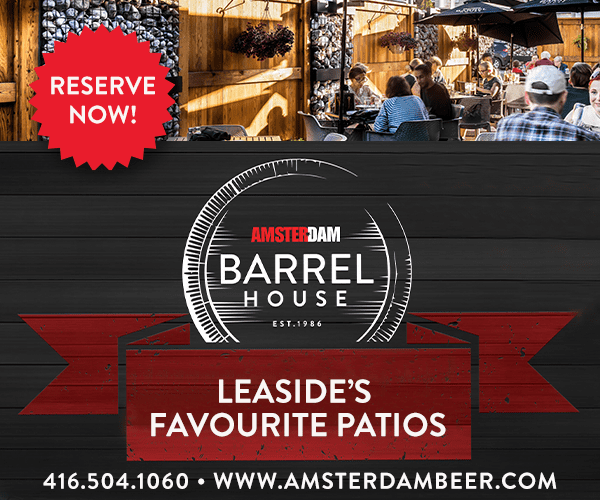