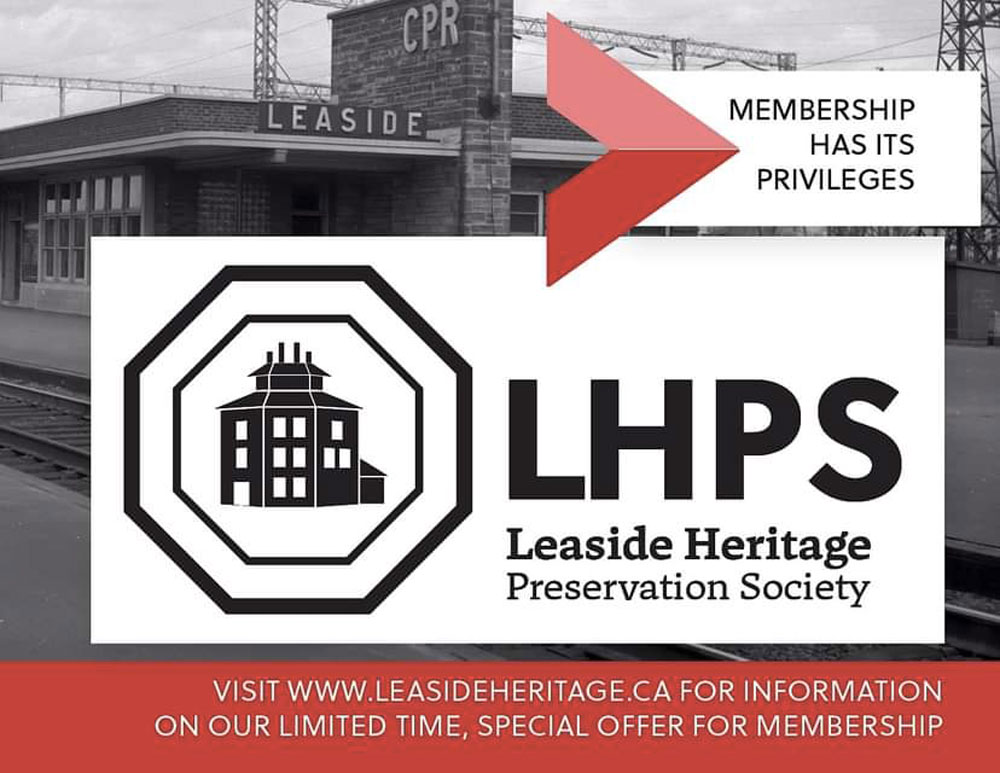 The Leaside Heritage Preservation Society (LHPS) is dedicated to celebrating Leaside’s impressive history and its continued impact on our present-day lives. A great example of this is the Leaside Transformer station. This massive power facility, located just south of the Millwood CPR underpass, is one of the best kept secrets in Leaside.

Motorists fuelling their cars at the nearby Esso station can glimpse a portion of the historic complex. But to most Leasiders it remains hidden from view, an unseen presence whose significance – to the community, Toronto and Ontario – is seldom discussed and often taken for granted.

Completed in 1928 by the Hydroelectric Power Commission of Ontario (later Ontario Hydro), the $5 million transformer station was at the time the largest power substation in the world. It was built to receive and distribute electricity from Quebec power plants on the Ottawa and Gatineau rivers, 230 miles northeast of Toronto. Ontario’s economy was booming in the 1920s, and cities like Toronto craved power to fuel its industries, offices and homes.

During peak construction, several hundred workers were employed at the project. Many were involved in assembling the station’s 12 giant transformers, each towering 32 feet high and weighing 370,000 pounds. To cool these behemoths, 1.5 million gallons of water were supplied every day by a nearby reservoir. Workers also built several huge 7,000-gallon tanks containing insulating oil to control the flow of power.

Connecting the transformer station to the generating stations in Quebec was a 250-mile, 220,000-volt transmission line – the longest in the British Empire. Once the electricity reached the station, its tremendous voltage was significantly reduced or “stepped down” to allow for safe distribution throughout the city.

The station officially opened on October 1, 1928. Ontario Premier Howard Ferguson personally came to Leaside to push the button that unleashed the power of 80,000 horses to help meet the needs of thousands of Toronto residents and businesses. Other dignitaries participating in the ceremony included senior executives from Toronto Hydro and the Hydroelectric Power Commission of Ontario as well as the Attorney General of Ontario.

Once operational, the station established itself as one of the most critical components of Ontario’s electricity infrastructure, reliably channeling power to Toronto and surrounding regions well into this century. For a while, it even became famous. In 1933, power engineers from France and England visited the facility just to see it in action. That same year – at the height of the Great Depression – the station had to be guarded by provincial police after angry unemployed workers threatened to attack it in reaction to police harassment. A few years later, Maclean’s made it the subject of a three-page photo essay in its October, 1937 issue entitled “Power Harness.”

As the years and decades went by, the station continued to serve Ontario well, thanks to ongoing maintenance, upgrades and investments provided by the Hydroelectric Power Commission and Ontario Hydro. By 2010, the Leaside station, along with two other power facilities, was responsible for virtually all the electricity used in central and downtown Toronto, according to the Ontario Clean Air Alliance.

Outages did occur due to human error, equipment failure and natural disasters – like the 1998 ice storm and the Toronto ice storm of 2013. But they were quickly addressed, and the station was soon back and functioning normally.

Today the station is owned and operated by Hydro One, which continues to maintain and invest in the facility to ensure its high performance. In 2015, the company invested $7.2 million in the station to improve transmission equipment – part of a multi-year investment totalling more then $20 million. Hydro One is also installing a new underground cable near the station as part of its ongoing Leaside to Main Refurbishment Project.

While it may be hidden from view, the Leaside transformer station has made its presence felt for nearly a century. It will likely continue to do so for many years to come.

About Ted DeWelles 24 Articles
Ted DeWelles is a retired public relations professional and community college professor. A Leaside resident for more than 20 years, Ted currently serves on the board of the Leaside Heritage Preservation Society. He loves reading, cycling and researching and writing about Leaside’s history.