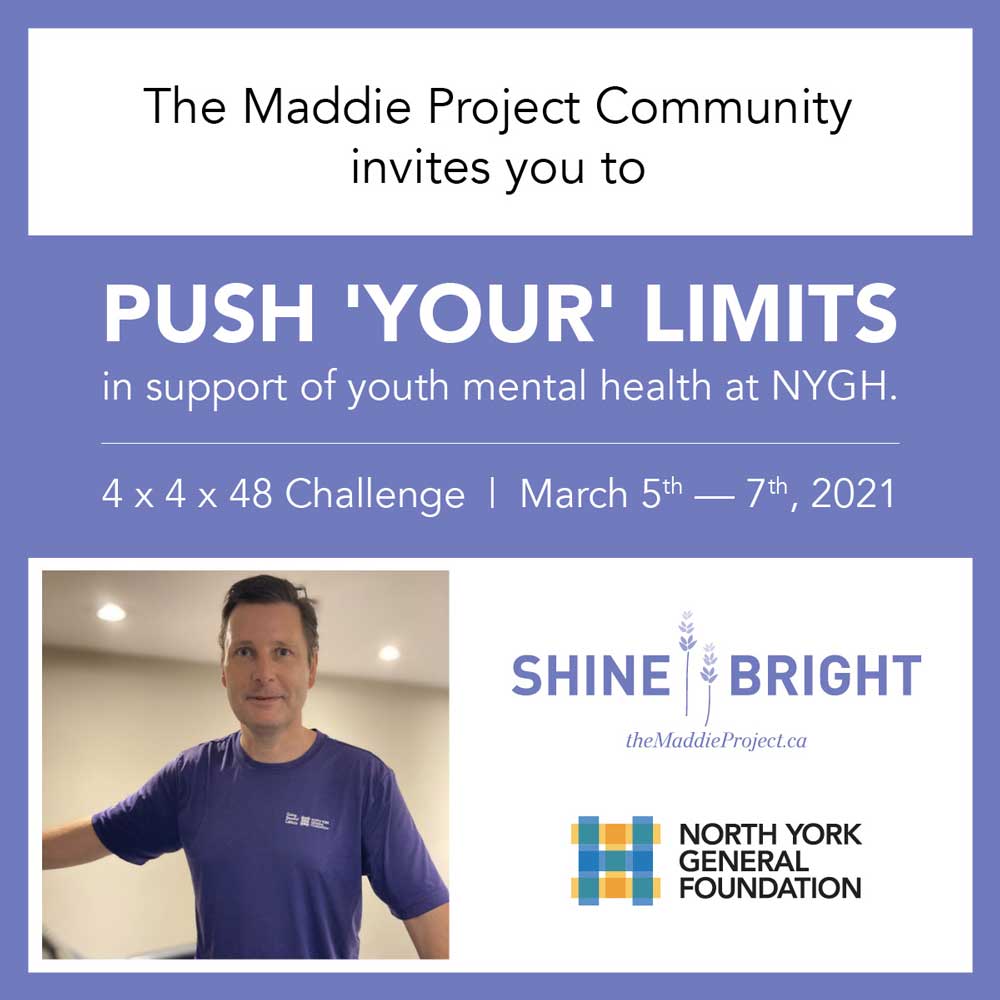 North Leasider Michael Neale stresses that “I am not an athlete, I am a recreational runner, and I enjoy testing myself while not killing myself.”

He had read earlier about David Goggins’ 4 x 4 x 48 challenge (running four miles/6.4km), every four hours, for 48 hours) and was intrigued. It is as much a mental challenge as a physical one.

Last October, Michael decided that rather than just trying to do this himself, he would see about organizing a fundraising event using this as its basis. He had already run an ultramarathon in support of The Maddie Project, and decided that cooperating with this charity in a more meaningful way would work well for him, the father of three teenagers, during the COVID winter. (The Maddie Project is a registered charity founded in 2015 to support youth struggling with mental health concerns, in loving memory of Madeline Grace German Coulter by her parents, Nicole German and Chris Coulter.)

Michael chose the name Push ‘Your’ Limits to acknowledge that each person has particular physical and mental challenges.

Now, with Push ‘Your’ Limits scheduled for the weekend starting March 5, Michael is out training, getting the word out to runners who may want to join in, businesses which might sponsor a team, or those willing to donate. Runners can also form a two- or three-person team to split up the runs. John Stanton, the president and founder of the Running Room, has already endorsed the event. Canadian Running Magazine published an article supporting it.

Participants include another Leasider, Jason Furlano, who just completed running 5,500 km (the equivalent of a cross-Canada run) for the Princess Margaret Cancer Centre.

Michael plans to do most of his running outdoors, on a set route through north and south Leaside. He might make an exception for the 4 a.m. laps, where running indoors on a treadmill might not feel as rough as being outside. All distances and times will be authenticated on Strava or other tracking services. The Leaside Life website will feature the route and approximate timing closer to the time so you can come out and cheer him and others on.

Michael explains that “you will be better prepared for 2021 when you come out of this, because you go through the lows to get to the highs.” He also recalls David Goggins’ statement that this event puts “callouses on your mind” to help strengthen it.